A visionary pastor and teacher representing a new generation of leaders, Rev. Courtney Clayton Jenkins serves as the Senior Pastor and Teacher of South Euclid United Church of Christ (formerly Euclid Avenue Congregational Church). At the age of 27, Rev. Jenkins made history when she became the first woman, first African American and the youngest pastor called to lead this special congregation.  Since that day in 2010, Rev. Jenkins has led the multi-cultural, and multi-generational congregation to become the vibrant church that it is today, but first she had to lead it out of the ashes. 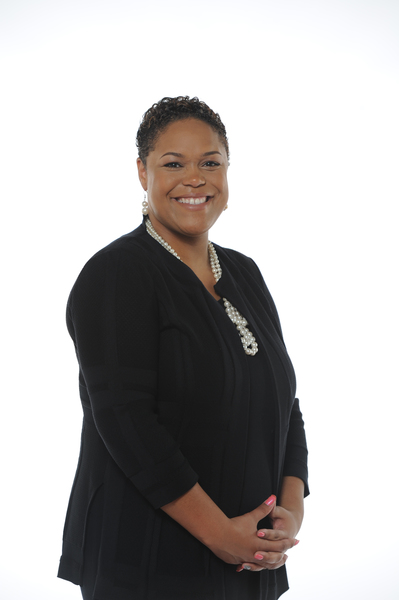 Just six months before Rev. Jenkins was asked to serve, the historic church was struck by lightning and the architectural gem was completely destroyed by fire. With courage, the congregation called the young and dynamic “hip-hop” preacher to become their pastor to allow God to do “a new thing.”

That “new thing” happened to be nothing short of a transformation. Under Rev. Jenkins’ leadership, the congregation adopted a new strategic plan for revitalization and a clarified mission for outreach, which includes innovative ways to use technology to do God’s work. Now in a new building and with a new name, the church is experiencing exponential growth and a revived passion for serving humanity through ministry and mission.  In the midst of a growing congregation, Rev. Jenkins oversaw an $8.15 million construction project for the campus in South Euclid.

Born and raised in Cleveland Ohio, Rev. Jenkins holds a Masters of Divinity from Princeton Theological Seminary with a concentration in Preaching and Congregational Ministry. She earned a Bachelor of Arts in English Literature from Spelman College.

Rev. Jenkins is Co-Founder of the Without Walls Ministry, a retreat designed to glorify God and edify women in ministry. She has served on numerous boards and committees of local and national ecumenical organizations. She has also worked intentionally on teaching and training for anti-racism and youth ministry programs, life-skills for low-income and incarcerated persons, dating anti-violence programs for young adults and African American history as a form of empowering and building community.

On April 5, 2018, Rev. Courtney and Rev. Cory were inducted into the College of Pastoral Leadership at Morehouse College.  The induction was held in conjunction with the 50th Anniversary of the assassination of the Rev. Dr. Martin Luther King, Jr.

In June 2018, Rev. Courtney will realize a dream of hers when she first assumed the pastorate at Euclid Avenue Congregational Church in 2010 (now known as SEUCC).  She recently announced the opening of a Children’s Defense Fund Freedom School on the campus of South Euclid United Church of Christ in the summer of 2018.   The six-week summer school program is designed to boost student motivation to read, generate positive attitudes toward learning and connects children and families to the resources in their communities.  Rev. Courtney spear-headed the church effort to raise in excess of $85K through member donations, church events and community sponsorships!

Some of her other awards and honors include:

2012 Star Award presented by the Women of Color Foundation to a young professional woman who is making a difference in Northeastern Ohio.

2012 Cleveland Magazine selected Rev. Cory and Rev. Courtney as one of the “Most Interesting Couples.” and they were featured by Black Enterprise Magazine as a new paradigm for careers in faith.

2015 Recipient of Cleveland Mayor Frank Jackson’s “Making a Difference Award” given to young professionals making a difference in and around greater Cleveland.

Rev. Jenkins is married to her seminary sweetheart, Rev. Cory C. Jenkins, Minister of Worship at South Euclid United Church of Christ. They travel the country as a team facilitating workshops and seminars on family stabilization. On March 18, 2014, they rejoiced in the arrival of their son, Caleb, who is their “gift from God!” They are excited about this new chapter in their lives as they continue on the path of love and ministry together.

In the midst of ministry and motherhood, Rev. Jenkins managed to add writer and Certified Leadership Coach to her growing list of accomplishments.  Stepping Back To Step Up” a Six – Week Devotional to Recharge, Refresh and Refuel women in ministry launched in 2015 and is on the fast track to success.  In that same year, Rev, Jenkins worked with The John Maxwell Company and is now one of their Certified Leadership Coaches. Consulting with many different historical congregations on vision casting, strategic implementation and leadership development has caused many to seek her counsel in revitalization.

Rev. Jenkins is committed to and humbled by God’s calling and purpose upon her life. As she joyfully leads her congregation in serving God, she continues to pursue discipleship well beyond its walls to find new ways for the next generation to impact this nation with His unconditional love and almighty power.